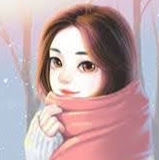 Mehndi, also called as henna around the globe, is a plant based paste which is often associated with good fortune and feeling of positivity. It can be considered one of the oldest forms of body art originated by us , Mehandi is usually done i Asia esp.in India and their neighboring counterparts . Women and girls get their hands and feet laden with Mehandi on auspicious or ceremonial occasions. Be it weddings or festivals like Diwali, Bhai Dooj, Teej or Eid – Mehendi is an extremely cherished way to drench into the celebratory feels for most girls. While some women swoon over its aromatic fragrance, others absolutely love their hands adorned with pretty and intricate mehendi designs. But now, as the time has advanced, it is common for men to apply mehendi as well.

These are some the best which I think is the best for weddings and ceremonies :

It looks like you're new here. If you want to get involved, click one of these buttons!